VG are now looking like the favorites to win the Leipzig Major. 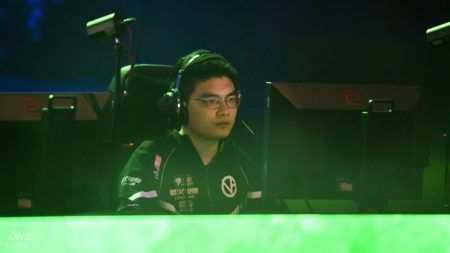 Vici Gaming mid player Zeng “Ori” Jiaoyang put on a masterful performance on Outworld Devourer in game one of his team’s clash against Evil Geniuses in their Upper Bracket Semifinals match at DreamLeague Season 13: The Leipzig Major.

Both teams came out of the early game on relatively even footing until VG pulled off a successful smoke gank to pick up three kills and take control of the game.

In a big fight in the middle lane at the 20-minute mark, Zhang “Eurus” Chengjun’s Magnus caught four EG heroes with Reverse Polarity, which allowed Ori’s Outworld Devourer to annihilate three of them with his Sanity’s Eclipse ultimate.

EG tried to play keep-away from there, but VG relentlessly pressured them and forced fights they knew they were going to win no matter what. The Chinese squad got the fight they wanted at the 31-minute mark, where Ori bagged his second Triple Kill and a Beyond Godlike killstreak.

VG broke into EG’s base soon after, where Ori racked up his last Triple Kill of the game to force the GG call from their opponents after 33 minutes. The star mid player finished with a perfect 14-0-4 KDA in one of the most one-sided affairs of the tournament so far.

VG went on to win a 43-minute game two to secure the series sweep over EG and advance to the Upper Bracket Finals against Team Secret.

Meanwhile, EG fall to the Lower Bracket where they will be facing the winner of the match between Invictus Gaming and Beastcoast.