With the win, Virtus.pro have booked their ticket to the Main Event. 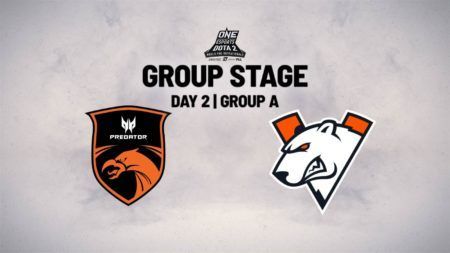 Russian squad Virtus.pro have guaranteed their spot in the Main Event with a 2-0 win over TNC Predator.

Virtus.pro started game one strong with Vitalie “Save-” Melnic’s Puck putting in a ton of damage. A high-ground clash resulted in a win for VP after they took down Kim “Gabbi” Villafuerte’s Faceless Void, Park “March” Tae-won’s Chen, and Armel Paul “Armel” Tabios’ Magnus.

VP continued to press their advantage, and wrapped things up at the 33-minute mark. Gabbi made a futile attempt to defend but his Chronosphere was rendered useless as Vladimir “No[o]ne” Minenko’s Templar Assassin just evaded the trap. Down three members, TNC Predator were forced to call GG.

Virtus.pro kept the pressure on in game two and dominated from start to finish.

Roman “Resolut1on” Fominok’s Underlord was the star of the game, with play after amazing play, like this perfectly-timed Pit of Malice, which trapped four of TNC’s members.