Both teams have qualified for the Main Event, and will be starting in the Lower Bracket. 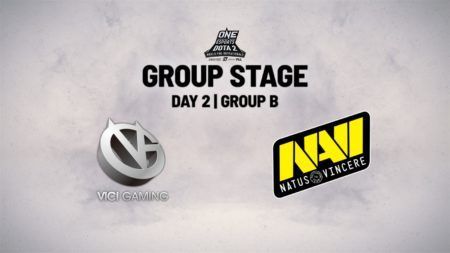 Chinese team Vici Gaming and CIS squad Natus Vincere faced off against each other in the final series of the ONE Esports Dota 2 Singapore Invitational Group Stage, with both teams walking away with one win.

The first game was a marathon match that lasted just under an hour with neither team able to get a significant advantage.

Na’Vi and VG both played cautiously, and neither team wanted to risk overextending in the middle to the late game.

Just when the game started turning to Vici Gaming’s side, Bakyt “Zayac” Emilzhanov landed a huge Demonic Purge that took out Zeng “Ori” Jiaoyang’s Shadow Fiend. This gave Na’Vi the opening they needed, and the CIS squad pushed for Vici Gaming’s Ancient, taking the first game.

The second game looked to be very much in favor of Vici Gaming as the team dominated early to mid game, winning team fights against Natus Vincere.

At the 23-minute mark, a failed initiation by Na’Vi saw Vici Gaming wipe them out, with only Pyw going down in return.

With no-one to defend, the Chinese team marched into Na’Vi’s base and took the game two victory.

Both teams have qualified for the Main Event, and will be starting in the Lower Bracket.