OG’s historic two-year run has made the team serious bank. 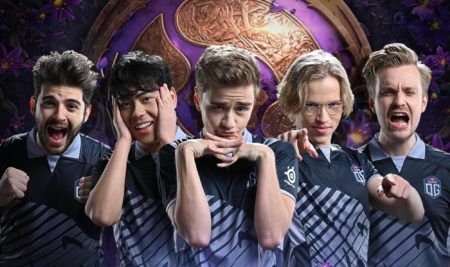 With their dominant run at TI9, OG became the first-ever team to win TI twice, securing a 45.5% share of the biggest prize pool in esports history, taking home a whopping US$15,603,132.

Add that to last year’s TI title, which saw the same roster win US$11,234,158, and you can see why OG now dominates the list of top esports earners.

Team captain, Johan “N0tail” Sundstein, tops the list with a whopping US$6.88 million earned, but all five members have made over US$5 million each.

The only other player to have made over US$5 million in his career is Team Liquid’s Kuro “KuroKy” Salehi Takhasomi, but it took him a lot longer to do it. KuroKy recently became the only player to have played over 200 games at The International, and reach 1,000 wins in his pro career.