The Nigma superstar showed why he’s arguably the best Dota player in the world right now. 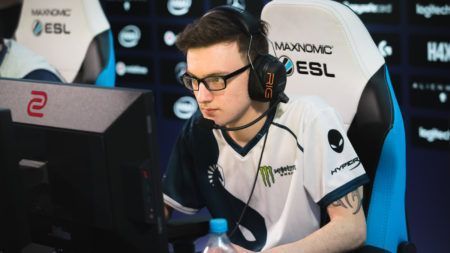 Nigma Esports’ superstar carry player Amer “Miracle-” Al-Barkawi had a masterful performance on Phantom Lancer as he led his team to a comeback win after being down by as much as 34k gold in the first game of their Winner’s Match series against Fnatic in DreamLeague Season 13: The Leipzig Major Group Stage.

It was an epic game, and we have tons of clips to show for it. Let’s begin, shall we?

Fnatic had an excellent start to the game, which enabled Nuengnara “23savage” Teeramahanon’s Medusa to lead his team in getting into a good position to take game one of the series.

Miracle-, however, managed to elude all of the Fnatic heroes hunting him down all while making sure his illusions were helping to secure the crucial kill on 23savage’s Medusa.

However, Fnatic’s huge gold advantage meant that the Medusa was not the only big threat in their lineup. Djardel “DJ” Mampusti’s Crystal Maiden was able to farm up both a Black King Bar and an Aghanim’s Scepter to supercharge his hero’s Freezing Field Ultimate, which led to an Ultra Kill in a fight for Roshan.

Despite that, Miracle was able to snatch the Aegis away from Fnatic in that same Rosh fight and then assassinate 23savage soon after to keep Nigma in the game.

The game turned in Nigma’s favor in the subsequent base defenses, however, as Miracle was able to buy a Divine Rapier and repeatedly single out the Medusa and win the fight for his team.

23savage even built up a Rapier of his own for the decisive clash of the game, but he lost it almost immediately after as he could not stand up to Miracle’s relentless assault.

Nigma would hammer down the final nail in the coffin in the last big fight for Rosh, as Miracle once again isolated and took down the Medusa to force the GG call from Fnatic after a 68-minute thriller.

Miracle finished the game with a stellar 12-2-15 KDA. His two deaths notably occurred just during the early and midgame at 13 and 23 minutes, way before he led his team to a crazy lategame comeback.

Nigma went on to sweep Fnatic 2-0 to secure the top seed of Group A and an Upper Bracket berth at the Main Event.