J.Storm are guaranteed at Top 6 finish. 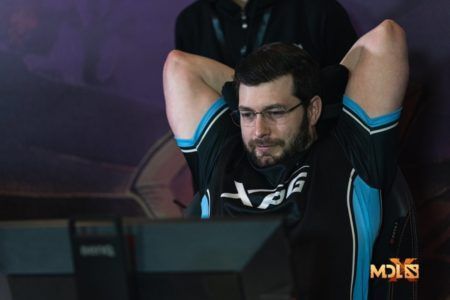 Liquid went on the offensive from the start since they had a lineup better suited to fighting, while J.Storm were forced to rely on split-pushing to win — with Leon “Nine” Kirilin’s Viper building Boots of Travel first to that end. Despite their best efforts, J.Storm could do little to stand against Liquid’s heroes and could only delay the game to 43 minutes before calling GG.

J.Storm come out of the laning phase with a significant lead, thanks to Moo’s Timbersaw dominating Boxi in the top lane and giving space for his supports to help the other cores.

That led to J.Storm having complete control of the map, with Liquid’s cores repeatedly getting picked off trying to scrounge up whatever farm they can even as their towers fell one by one. Game two ended up a mirror of game one, as Liquid could do nothing to stop J.Storm from tying up the series in dominant fashion.

The third game of the series saw J.Storm running a strong teamfight and pushing lineup, with Moo on Gyrocopter, Nine on Lycan, Brax on Ogre Magi, and Fear on Warlock. Meanwhile, Liquid ran a strong ranged core duo with miCKe on Drow Ranger and qoqjva on Death Prophet, with Boxi on Mars.

Liquid looked to limit J.Storm’s laning phase by matching qojqva up on top lane against Moo, with Boxi put on the mid lane against Nine. While that laning setup did limit Moo’s early farm, it let Nine thrive and Brax contest miCKe’s farm in turn. J.Storm then flexed their teamfight prowess — where Fear’s Warlock particularly shined — in the midgame, with Nine making space for Moo to farm and eventually take over as the North American squad marched to a 35-minute victory.

With their victory, J.Storm are guaranteed a Top 6 finish at the Major, along with US$60,000 and 900 Dota Pro Circuit (DPC) points. They will be facing a surging TNC Predator in the Upper Bracket semifinals, which notably pits them against their captain last season, Park “March” Tae-won, who now leads the top Southeast Asian squad.

Meanwhile, Liquid drop to the Lower Bracket and will be awaiting the winner of the Round 1 elimination match between EHOME and Team Spirit.