Fighting PandaS are the first North American squad to secure an Upper Bracket slot for the Playoffs Stage. 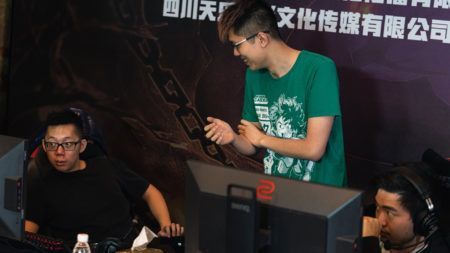 The action continues as three more teams from Group A battled to see which one of them would join TNC Predator in the Upper Bracket spot of the Playoff Stage. Here’s how Day 2 of Group A unfolded:

FP made quick work of Team Unknown during game two. After a convincing team fight in the middle lane, FP charged into the Radiant base and finished off their South American opponents to face EHOME in Group A’s Decider Match.

The EE-led team surprised EHOME during game one by dominating the laning phase and then followed it up by playing hyper-aggressively. FP forced EHOME’s heroes to scatter, which made things easy for the North American squad to win game one.

EHOME continued to struggle in game two. The Chinese squad failed to hinder Jonathan “Bryle” De Guia’s farm on the Alchemist. As a result, FP built their lead up until EHOME was forced to tap out of the series.

Fighting PandaS has secured an Upper Bracket berth in the Playoff Stage after finishing in second place of Group A. They are now set to take on Vici Gaming, who finished first place in Group B.