GeekFam replaces Ryoya with Karl for the WePlay! Bukovel Minor

Karl will be taking over the Position 2 spot for GeekFam. 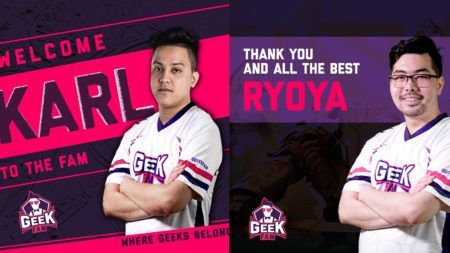 Ryoya was picked up by GeekFam after he decided to leave the North American Beastcoast squad that disbanded after failing to qualify for The International 2019 through the regional qualifier.

Ryoya also mentioned in a Tweet that he is now currently looking for a new organization to play for.

While Karl is a fairly new name on the Dota pro scene, has been competing in lesser-known Dota 2 events in the SEA region, and was recently on Team Amplfy.

READ MORE: The ONE Esports Singapore Major will be the last Major of the 2019/2020 DPC