Less than a month after being benched, gpk is now back on Gambit’s active roster. 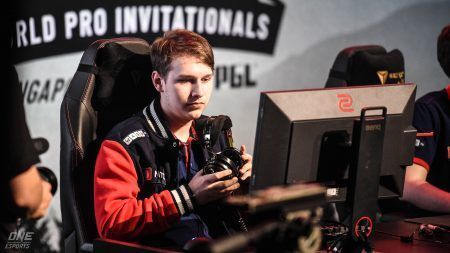 Gambit Esports has announced that midlaner, Danil “gpk” Skutin, has been returned to the team’s active roster after being benched earlier this month for missing the team’s mandatory bootcamp.

Gambit revealed in a statement that the decision to welcome gpk back from the bench was made together with the players, whom the organization said “pridefully went through this challenging period both for the club and the team.”

The team also said that they are in the process of acquiring U.S. visas as they continue their campaign for a spot in the ESL One Los Angeles Major through the upcoming StarLadder ImbaTV Kyiv Minor.

Gambit first announced gpk’s benching on February 4 after he reportedly refused to attend the team’s bootcamp for the Los Angeles Major qualifiers.

After gpk was benched, his spot on Gambit’s active roster was taken by Rostislav “fn” Lozovoi, who helped the team qualify for the Kyiv Minor.

Gpk’s benching was just one of a string of roster issues among a number of CIS teams, which included Virtus.pro (VP), Natus Vincere (Na’Vi), B8, and Gambit. After Na’Vi captain Bakyt “Zayac” Emilzhanov left to join VP mere days before the qualifiers, VP allegedly and unsuccessfully tried to pry gpk away from Gambit.

With gpk back in the active roster and their roster issues seemingly behind them, Gambit now has its sights set on the Kyiv Minor on March 5-8.