The legendary Singaporean player is making the switch to NA. 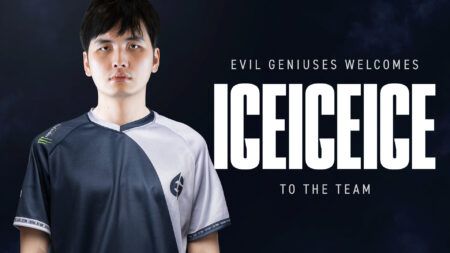 Following the departure of Roman “Ramzes666” Kushnarev, who eventually formed a CIS superteam with his former Virtus.pro teammates and Sumail “SumaiL” Hassan, the offlane roster spot on EG’s Dota 2 squad opened up. And iceiceice was the perfect player they needed to fill this coveted role.

Iceiceice is well-known in the Dota 2 community for his amusing antics and commitment to excellence. He was previously with Fnatic’s Southeast Asian Dota 2 roster for two years, up until his contract ended in September. He then decided to take a break amidst the postponement of the Dota Pro Circuit and the ongoing COVID-19 pandemic. Iceiceice also mentioned that he was looking to play in a different region.

With the move to EG, iceiceice will be representing a North American organization will be the first time. He has played the majority of his career in Southeast Asia, along with a four-year stint in the Chinese Dota 2 region under the stacked rosters of Team DK and Vici Gaming.

Iceiceice joining EG’s star-studded Dota 2 roster will effectively bolster their already formidable lineup. This signing also means that iceiceice will be reunited with his former Fnatic teammate, Abed “Abed” Yusop. The two played together in the 2018-2019 DPC season.

READ MORE: Kuku will be Smart Omega’s next head coach