Epicenter Major 2019: Live stream, group stages and all you need to know

This will be the last event where teams can earn DPC points for TI9. 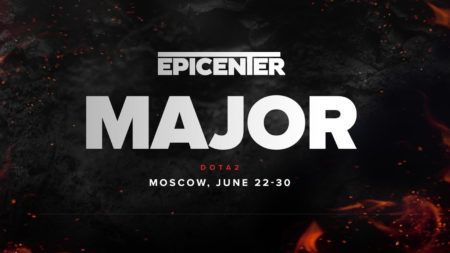 The Dota Pro Circuit is coming to a close with The International 2019 Main Event taking place in August. Before that happens though, all the best teams around the world get one last chance to earn crucial DPC points for a direct invite to TI9.

With the Starladder Minor over, we now know all the 16 teams heading to the CSKA Arena in Moscow, Russia. The tournament organizers have also revealed details about the group stages.

Group A features Team Secret, Pain Gaming, Fnatic, and Royal Never Give Up (RNG); while Group B has EG, Infamous, Gambit, and Team Liquid, and is set to begin on June 22, 6 p.m. (GMT+8).

Team Secret is all set to dominate Group A following their amazing first-place finishes at the MDL Disneyland Major and ESL One Birmingham.

It’s a no-brainer that Secret the best team in Dota 2 right now, but out of the three remaining teams, Fnatic is the mostly likely to advance compared with the other teams.

Group B on the other hand, has two clear favorites in Evil Geniuses and Team Liquid, but due to Matumbaman being dropped from the roster, Gambit or Infamous could easily take advantage of this predicament.

The two teams advancing to the upper bracket in Group C should likely be Virtus Pro and Vici Gaming, both with good track records in DPC events — they have also already qualified for TI9.

The final group of the tournament, Group D, has been deemed the group of death. It has .LGD, who is clearly one of the best Chinese teams in Dota 2, TI8 champions OG, and NiP, winners of the OGA Pit Minor and the Starladder Minor. It is difficult to make a case for TNC, but they’ve been known to cause plenty of major upsets in the past.

Lastly, the US$1 million prize pool is attractive, but teams are all looking at the 15,000 DPC point pool, especially those who have yet to secure an invite to TI9. OG, TNC Predator, Alliance, Gambit Esports, Forward Gaming, and Pain Gaming will have to put on amazing performances to vault up the DPC rankings.

The Epicenter Major begins on June 22 and you can catch the stream here.