Guess who’s back, back again. 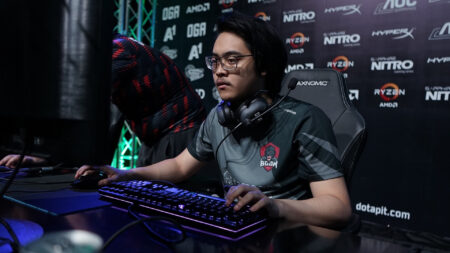 Randy “Dreamocel” Sapoetra is officially back with BOOM Esports for the second season of the Dota Pro Circuit Southeast Asia upper division.

Dreamocel and BOOM Esports mutually parted ways at the end of last year right before the start of the first DPC SEA upper division. According to our interview with BOOM’s coach, Aaron “Clairvoyance” Kim, the team was looking for a “breath of fresh air”. BOOM hoped the change would result in better tournament performances.

Instead, the change resulted in BOOM Esports finishing fifth in the DPC SEA upper division first season. The team even brought on Nuengnara “23savage” Teeramahanon to stand-in for Andrew “Drew” Halim in the final two weeks of the first season.

Dreamocel’s time away from BOOM Esports was spent on team ZeroTwo, a Dota 2 stack which consisted of notable veteran SEA players. ZeroTwo qualified for the DPC SEA lower division and finished in sixth place.

BOOM Esports looked promising with Dreamocel at the start of 2020 during the various online regional league competitions. They were considered to be among the top four teams in SEA alongside Fnatic, TNC Predator, and Geek Fam.