Clairvoyance on Drew: ‘Sometimes a team just needs a breath of fresh air’

Greatness begins from a common baseline. 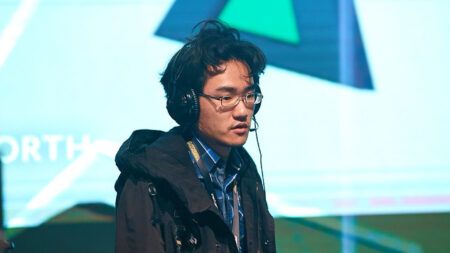 The main goal in esports will always be to win. In order to win and to achieve greatness, organizations must look not only for the best possible players, but for the best players who mesh well together.

All teams need a common baseline to start from, affirms BOOM Esports’ coach, Aaron “Clairvoyance” Kim. He describes every esports organizations’ pursuit of success as a journey where everyone is trying to reach a ceiling or goal.

“The baseline will always start out with a group of players being united and working with one another to reach your goal,” said Clairvoyance. “But the reality is, the more you lose, the more that baseline breaks.”

Right before the start of the 2021 DPC season, BOOM shook up their roster by releasing Randy “Dreamocel” Sapoetra. In Dreamocel’s place, the organization added Andrew “Drew” Halim.

BOOM began their Dota 2 esports campaign in 2017 with Dreamocel as one of their first players. With Dreamocel, BOOM dominated the Dota 2 competitions in Indonesia before venturing into larger tournaments in Southeast Asia.

Clairvoyance shared his honest opinion about Dreamocel’s time with the team, as well as his sudden departure:

“It’s a really unfortunate thing,” he said. “Dreamocel is a godsend of a player. He is very gifted with mechanics. There are very few carry players that you can give full trust in their ability to think.”

“Dreamocel’s effort will always show, no matter where he ends up. I’m also very happy to have been able to work with him, and I believe he’s a fantastic player.”

But despite all the praise and admiration Dreamocel has received from the organization, they believed something had to be done with the roster in order to move forward.

The catalyst of the roster change was BOOM Esports’ inconsistency and stagnation last year.

“Sometimes a team just needs a breath of fresh air, no matter where the source is,” Clairvoyance explained.

He added that uncertainty is typical in the Dota 2 esports scene when it comes to roster changes.

Sudden changes, even in The International-winning teams, show how unpredictable player situations are. We’ve seen in the past how Evil Geniuses’ TI5 winning team made a sudden roster change right after winning. Or when Kuro “KuroKy” Takhasomi broke up his TI7 winning team, replacing Lasse “MATUMBAMAN” Urpalainen with Aliwi “w33” Omar.

“It’s really just wins and losses, there are teams out there that win The International and still make player changes after,” Clairvoyance continued. “What’s keeping it safe for those players [in teams ranked] below that top one place? If rank one is changing players, what more for the other teams?”

Given BOOM’s struggles in the previous year, and just knew a change was needed. “There really was just an in-team shuffle, and they all agreed a change needed to be made. And the end result is we have a new carry player.”

BOOM’s coach then explained that their new carry player, Drew, had already made an imprint on the Southeast Asian scene from his time with Reality Rift and 496 Gaming.

“Drew is one of those players that could catch opponents by surprise,” Clairvoyance said. “I still remember one game where he played Timbersaw [as a position 1 carry], and we lost the game quickly.”

With Drew in the lineup, BOOM Esports is in the middle of the pack in fifth place with a 5-6 record in the upper division of DPC Southeast Asia. Drew’s recent performances have been erratic, mainly because the team is still in the process of finding the best fit for their new carry.

“The most important aspect of analyzing a squad that just changed players is knowing what are the tools at your disposal,” Clairvoyance explained further. “Drew and Dreamocel offered different advantages to the team. There are a lot of things to navigate through: new hero pools, new strategies, new patches. Drew is a healthy addition to the roster overall, but it is also fair to say there’s a lot for the team to learn and work with.”

BOOM was able to lean on Drew when they upset tournament favorite Fnatic in week 3 of the DPC SEA upper division. Drew finished the game with an impressive 8/0/11 using the Troll Warlord.