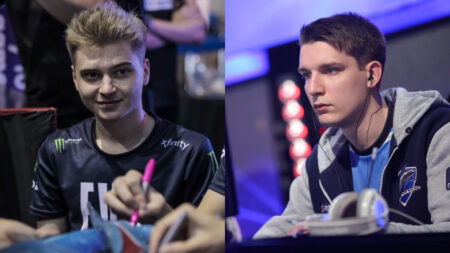 Ukrainian esports organization Natus Vincere has announced that former Virtus.pro and Evil Geniuses player Roman “Ramzes666” Kushnarev will be joining the team to the Singapore Major as their stand-in player.

Na`Vi was forced to suddenly change players after two of its roster members — Bogdan “Iceberg” Vasilenko and team captain Andrii “ALWAYSWANNAFLY” Bondarenko — were diagnosed with COVID-19.

According to Na`Vi, Ramzes will take over the midlane role, while Mag will fill in the position 5 hard support role.

Na`Vi qualified to the ONE Esports Singapore Major after the team finished second in the DPC CIS upper division. They are set to compete in the tournament’s group stage, which will take place on March 29.

READ MORE: Every player making their Major debut at the Singapore Major