The patch also removes all gold per minute talents. 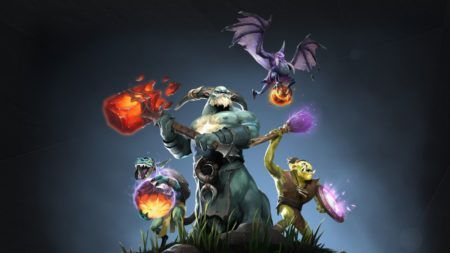 Dota 2’s latest 7.24 patch has dropped and brings with it major changes to the game, including an overhaul to the neutral item system and the removal of Shrines and gold-per-minute (GPM) talents, among other updates.

Heroes can now only equip one neutral item in their inventory, which now has a dedicated neutral item slot which replaces one of the four slots in every hero’s Backpack.

To compensate for heroes only being able to equip one neutral item at a time, the number of neutral item drops has been increased to four. The chance that an item will drop from a neutral creep has also been increased from 9% to 10%, with neutral ancient creeps having a 30% chance to drop an item.

In addition, Tier 5 neutral items now start dropping earlier at the 60-minute mark. The Fusion Rune and Phoenix Ash have also been removed from the game.

The second major change of the patch has removed Shrines from the game altogether after 7.23e reduced the number of existing Shrines from two for each team to just one.

Outposts will replace the Shrines as the objective located in each team’s jungle. They will start under the ownership of their respective teams and will start giving XP to whoever owns them at the 10-minute mark, though they can be captured at any time.

As a consequence of the Outposts being moved away from where the side shops used to be, the lane bounty runes will now be located in each team’s secondary jungle area.

The vision and true sight granted by an Outpost has also been reduced from 1400 flying vision to just 700 ground vision.

The couriers have also received a number of changes, as they no longer disable their owner’s passive gold income if they are killed. However, they can no longer plant wards at level 15 or use items at level 25 on top of now giving away more gold and taking longer to respawn when they are killed.

Other general changes with the patch include the addition of Snapfire and Void Spirit to Captain’s Mode, longer respawn times for levels 1-5, increased buyback costs, and tweaks to a number of heroes and items.

The patch notes can be found here.