The meta gets shaken up a bit just before we get our first taste of competitive Dota this year. 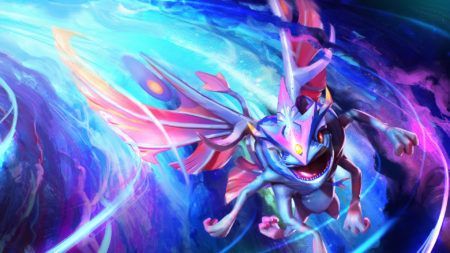 The nerf stick has hit your favorite popular meta heroes.

The latest balance patch for Dota 2, 7.23f, takes down heroes Puck, Doom, Treant Protector, and Tiny with the nerf stick — just as the year’s first Dota Pro Circuit (DPC) event, the WePlay! Bukovel Minor, is about to begin.

Puck has seen a huge surge in popularity recently, thanks to its viability as a secondary physical damage-dealer — on top of its inherent elusiveness and teamfight control abilities — thanks to its Level 10 Phase Shift Attack talent.

Puck’s power spike from that talent will now come later in the game as it can now only be taken at Level 15, replacing the +90 damage talent from before. The Faerie Dragon also had its base damage reduced by 2 for good measure.

Doom, Treant Protector, and Tiny have been three of the most picked and banned heroes in competitive play as of late, as they are all very strong in the now more important laning phase on top of their inherent effectiveness in all stages of the game.

Doom is now a bit weaker early, as his base strength has been reduced by 2 and his Scorched Earth ability deals less damage in the first three levels while costing more mana.

Meanwhile, Tiny’s repositioning capabilities will be taking more time to reach their previous effectiveness as his Toss cast range has been rescaled from a constant 1300 to 1000/1100/1200 in its first three levels.

The Stone Giant’s fighting prowess also took a hit, as his base attack speed has been reduced from 100 to 90 and his strength gain cut down from 4.1 to just 3.8. The movement speed penalty for his Tree Grab ability was also increased from 25 to 30 to boot.

Aside from those big changes to popular meta heroes, the 7.23f patch also introduces a significant gameplay mechanic change to early comeback gold. The gold bonus for the team that is behind is no longer considered if the difference is only 1k or less, which means that we should no longer be seeing teams with a small gold advantage five minutes into the game giving away around 500 gold when their heroes are killed.

That change should help stabilize the early game, as the gold swing from previous “comeback” kills from a small gold deficit could easily snowball to an actual significant lead for the team that was previously behind.

You can check all the changes that came with the patch here.

An apparent pattern also emerges with the 7.23f patch, as it dropped less than two days before the first Minor tournament of the year, similar to how 7.23e was released shortly before the start of the ONE Esports Dota 2 Singapore Invitational last December.

Certain teams did not perform as expected in the Singapore Invitational as they did not have much time to figure out the patch before the tournament started, and we might very well see the same thing happen in the Bukovel Minor.