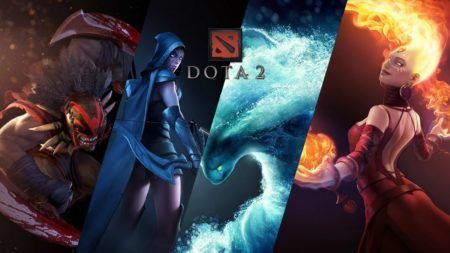 There’s a new patch in town and a big shift in the meta for Dota 2.

Released today, the 7.22 patch gives the Scepter upgrade to the remaining 24 heroes that previously did not have one, and the item itself can now be upgraded with a 2000 gold recipe to make it consumable as a buff.

However, unlike Alchemist’s Scepter sharing ability, the consumable Scepter buff doesn’t retain the secondary stat bonuses from its original components.

The Alchemist can also now either equip his own Scepter or synthesize it for others, and when he does so, he gets +30 Damage and +6% Spell Amplification for each Scepter given to allies up to a maximum of four stacks for a limit of +120 Damage and +24% spell amplification.

Another huge shift in the gameplay meta is with Roshan, who can now drop a consumable Scepter buff item or the Refresher Shard at random after two deaths and you can click on Roshan to check which one can be dropped. The fourth Roshan will have both Refresher Shard and Scepter dropping along with the Cheese and Aegis.

The new patch also changes the Dota 2 Gold/XP economy, with changes to the death cost formula, which is now a static NW/40 (net worth, divided by 40). Deny XP has also increased slightly from 35% to 40% for the player being denied.

Getting your hero’s level one ultimate up and ready is now easier, with the XP requirement to reach level 5 and 6 reduced from 600 and 620 to 580 and 600 respectively. If you love getting kill streaks, this patch loves you too: XP bounty for killing streaks are now increased and rescaled from 200-1250 to 400-1800.

Scaling to the late game with the third and fourth tier of a hero’s talent is now a little more difficult, with the XP required to reach level 19 up until 25 now increased by 100 for each level.

Push and defense mechanics have also changed a bit. Here are things to keep a note siege creeps now attack slower, with base attack time increased from 2.7 to 3, and creeps now spawn two units at the 35-minute mark, instead of the 30-minute mark. Players can no longer control siege creeps with a Helm of Dominator, Aiustha’s Enchant, or via Holy Persuasion with Chen.

Towers are getting nastier with this patch, every tower from Tier 2 up now has a multishot attack, attacking up to two additional targets closest to it whenever Glyph of Fortification is activated. Tier 3 towers have increased damage from 152 to 175. If you like turtling below your tower, good news: the Tower Protection armor bonus aura they give off have been increased from 2 to 3 for Tier 1, and from 4 to 5 for Tier 2 and higher.

There are many crazy Aghanim’s Scepter upgrades from the 24 heroes who received it in this patch, but here are some of the highlights are potentially game-changing (or game-breaking, depending on how you see it):

Cool name, right? Now you can warp Templar Assasin anywhere you have placed Psionic Traps. Two seconds to channel, detonates the trap upon arrival, doesn’t break Meld if you channeled it while buffed with Meld. It only has a 30 second cooldown and 100 mana cost.

You know you love runes, why not forge a random one right in front of you then? The spawn rune could be a Bounty Rune or a Powerup Rune, with a cooldown of one minute.

It’s not really nature-friendly, but throwing trees at fleeing enemies will be fun. Tiny can now throw up to eight trees for 120% of your damage each, for as far as 1300 units away.

The Scepter upgrade changes Spectre’s Ultimate into a single-target version with a cooldown for 180 mana. Now you can haunt and stalk one enemy hero with Spectre’s new Scepter ability.

While that’s not what the new upgrade for Slardar is called, but with the Scepter in his slimy hands, Slithereen Crush will create puddles of water with a 550 AoE that last for 25 seconds. The area of effect will be considered as a river which will give +25 HP regen, +12 Armor and +40% Status Resistance to Slardar whenever he’s standing in one.

The new patch and its radical changes will certainly shake things up at the upcoming Starladder Minor and the Epicenter Major coming up real soon. Pros will have to adapt real quick to do well, and it will be interesting to see how it all plays up, especially with the new Scepter upgrades.

There are still plenty of other goodies in this update, and you can check out the full patch notes here.