Sometimes the only way to move up is to move on. 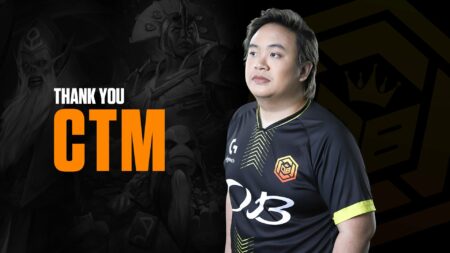 Skem has played an integral role as a selfless team captain. He has filled multiple roles for the team including carry, support, and even offlaner when necessary.

Skem is known for his leadership, flexibility, and creativity in Dota 2

On top of his role flexibility, the team often praised Skem for his creativity and persistence as team captain.

In a farewell video on OB.Neon’s Youtube Channel, Skem talked about his past and how he changed squads three times before finally settling down. He then thanked Sir Rob and the team’s coach Karl for putting their faith in him.

The team’s CEO and coach also appear in the video to wish Skem well as he continues his journey in Dota 2.

As of now, it’s unclear where Skem will wind up next but we look forward to seeing who’ll claim this Filipino genius.

As such, OB.Neon is on the lookout for a carry to complete their roster. Previously wanting to field an all Filipino roster, the addition of Hustla could mean that the organization is broadening their pool of potential pick ups.

Could OB.Neon be going international?

If the organization decides to expand their search beyond SEA, Russian carry player Roman “RAMZES666” Kushnarev could also be in their sights.