The EG carry has a fatal weakness for cliffs. 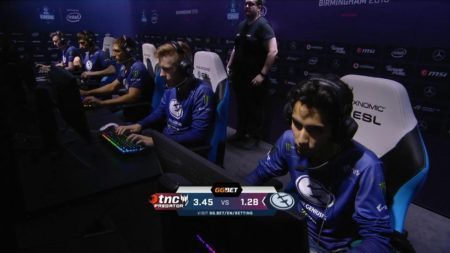 Earlier this year, the EG carry got cliffed during the Chongqing Major against Team Secret, and the same thing happened again when Evil Geniuses faced Keen Gaming at Dream League 11 as well.

So it should be no surprise that “Cliffeezy“, the player formerly known as “Sprouteezy“, gots sent up the side of a cliff thanks TNC Predator’s Carlo “Kuku” Palad’s Batrider. Kuku used his ultimate, Flaming Lasso, to drag the EG carry up the cliff during their upper bracket face-off, letting TNC easily win the team fight.

Arteezy isn’t the only one from EG’s side to get cliffed. In the same series against TNC, Syed “Sumail” Hassan fell victim to Kuku as well, this time with a quick Vacuum from Kuku’s Dark Seer, which sent Sumail’s Shadow Fiend onto a cliff and forced him to teleport all the way back to the Dire Tier 2 tower.

ESL One managed to talk to to Arteezy about it, who admits that it is now a thing and teams have likely created strategies to pick fights at cliff-able spots (warning, video contains strong language).