All the notable Aghanim’s Scepter upgrades from the Outlanders Update

It’s hard to tell which one is going to have the biggest impact on the game, but this gives players a lot of room to experiment with. 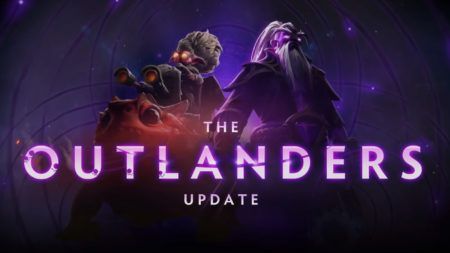 Dota 2’s Outlanders Update includes a long list of changes that are set to change the game dramatically. One of the major parts of this list is the new Aghanim’s Scepter reworks Valve made in order to shake up the game’s meta.

Listed below are all the noteworthy Aghanim’s Scepter reworks from Dota 2’s 7.23 patch notes. It is also important to note that the Aghanim’s Scepter item and Aghanim’s Blessing still works the same. The new item that included in the patch is the Tome of Aghanim, a neutral item that temporarily grants users the Scepter buff for three minutes.

Chaos Knight‘s new changes have made the hero much stronger during team fights, specifically with his new reworked Aghanim’s Scepter upgrade that gives everyone in his team an illusion buddy.

Dragon Knight‘s new Aghanim’s Scepter upgrade gives an upgraded mobility boost that lets him soar above his enemies and catch them from unexpected vantage points.

Kunkka‘s Aghanim’s Scepter upgrade might be the best one from the patch. It basically drenches everyone around him.

Lifestealer‘s Aghanim’s Scepter upgrade could possibly give the hero a new role as an offlaner. By Infesting allied heroes, they get the Rage buff, which grants bonus movement speed, health and magic immunity.

Elder Titan‘s now gain an Immunity when they regain their Astral Spirit. This is perfect for late-game situations when enemy core heroes are trying to pickoff support heroes.

Dark Seer will now be able to give his team a big advantage during team fights once he picks up an Aghs. He get an overpowered Vacuum cooldown, and makes his Wall of Replica really, really, long.

Silencer’s Last Word becomes another AoE silence for the hero with the Aghanim’s Scepter upgrade. We’re in a library, folks!

Slark already has a great escape mechanic, with his Dark Pact and Shadow Dance. But Aghs will give double his Pounce distance, drastically increasing the hero’s mobility.

Techies is now a viable support hero since all Techies players pickup Aghanim’s Scepters already anyway. With the mine’s cast range increased by 400, the hero can now throw Statis Traps from a distance that can stun opponents for 2/3/4/5 seconds.

Vengeful Spirit’s new Agh’s powered Nether Swap scares people around her after she swaps in, letting her escape after saving someone.

Pudge can now heal teammates by swallowing them with Aghs. Granted, spending 4,200 gold just to heal your teammates does seem a bit much, but it could lead to some stylish plays during the late game.

Necrophos will no longer be able to remove enemy heroes from the map for an extended period of time. But, with a shorter Ghost Shroud cooldown, opposing teams will have a harder time dealing with the hero.

Enchantress‘ got a massive rework (back to the original Dota skillset), and her Aghs buff now gives her Sproink, which moves her back 400 units and disjoints. Sproink!

Clockwerk’s Aghanim’s Scepter upgrade has also been improved dramatically. The upgrade acts as a Refresher Orb that adds a movement and attack speed buff, though you’ll be stunned once the buff ends.

READ MORE: Dota 2 is now an entirely different game with the Outlanders Update