The movie is set to release on Valentine’s day next year. 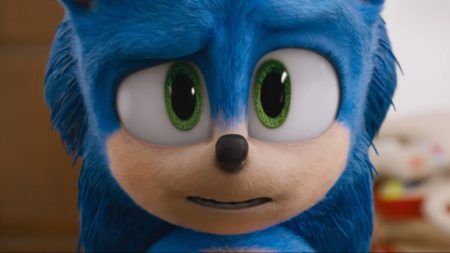 Paramount Pictures has released a new trailer for the upcoming Sonic the Hedgehog movie showing a redesigned Sonic that looks more like his original video game self, and less like that monkey kid from Jumanji.

The backlash over the design caused Paramount to announce a redesign of the character, forcing the release date to be pushed back to February 2020.

Fortunately, it looks like the delay was worth it, as the new-look Sonic now has his iconic striped shoes, white gloves, and big eyes. One stark difference from the classic look is that Sonic now has a bridge to his nose, eliminating his one-eye design, which to be fair, probably would have looked weird on the big screen.

Aside from the Sonic revamp, the trailer gives more screentime to feature Jim Carrey’s impressive portrayal of Dr. Robotnik. While he’s not bald like the video-game Robotnik, Carrey perfectly captures Eggman’s explosive attitude and demeanor to Sonic and his henchmen.

The trailer also reveals a bit of Sonic’s origin story. With everyone trying to steal Sonic’s power, he escapes his world through a golden ring and lives a peaceful life on earth. When he accidentally creates a speed anomaly, Dr. Robotnik enters the frame as another adversary who wants to steal Sonic’s speed.

You can check out the re-energized trailer here: