Apex Legends Season 5 has been delayed 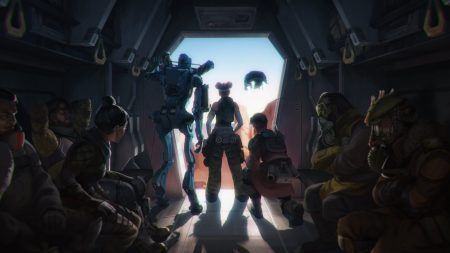 Respawn Entertainment has extended Assimilation, the fourth season of Apex Legend by one more week. Instead of launching the game’s next chapter on May 5 as originally planned, Season 5 will debut on May 12.

“We’re extending Season 4 by one week, giving those who want to grind out their Battle Pass or try and hit that next level of Ranked a little more time to do so before Season 5 kicks off on May 12,” said Apex Legends Design Director Jason McCord.

For players who are disappointed about the delay of Season 5’s debut, Respawn is offering some solace by rolling out a brand new limited-time Battle Armor Event on April 28.

Battle Armor will take place in World’s Edge in the 14 days leading to the launch of Season 5. During the event, players will drop into matches equipped with a P2020 pistol and a designated armor type based on a set schedule. Players will not find any other armor type in the loot pool aside from the one currently in rotation in the game.

Here’s the schedule (adjusted to GMT+8) of the armor rotations during the Battle Armor Event:

Evo Armor begins with a minimal 25 HP, but gets better as players deal damage to enemies, so McCord shared a pro-tip for everyone planning to join the fray during the event’s home stretch: “Get in fights early, or you’ll be left limping into the final circle with Level 1 armor!”

Level XP will also be doubled for all Top 5 finishes during the final phase of the event.

McCord shared that Respawn is using the Battle Armor Event “to start experimenting with the core gameplay of Apex Legends.” It looks like gimmicks like schedule-based gear rotations is just a sign of things to come in the game starting Season 5.

ONE Esports will keep you posted on the latest updates and details about Apex Legends Season 5. Stay tuned!

READ MORE: Apex Legends pro makes it to the final of Online Tournament #2 despite battling COVID-19