Expect to receive quicker heals and care packages from Lifeline

And revive two for the price of one. 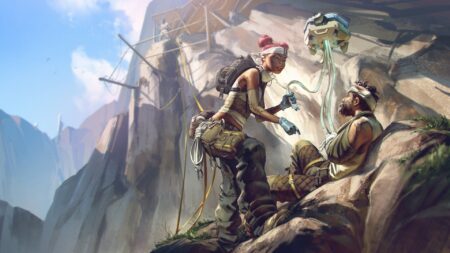 Apex Legends is getting a substantial gameplay update alongside its newest season, Legacy, arriving on May 4. In terms of legends, Lifeline received changes that will make her a stronger support in the long run.

Though the Combat Revive shield was one of the standout qualities of Lifeline as a support, the developers believed that the shield “was extremely strong to the point of frustration” for opponent squads.

Expect Lifeline players to be more active on the battlefield as a means to distract enemies from executing reviving members.

Respawn is further shaping Lifeline to be a more well-rounded support through her two other skills. This way, squadmates will be able to rely on her for faster heals and better equipment in between engagements.

“Lifeline’s kit was not in a particularly healthy place,” stated the developer note. “These changes are aimed to redistribute this big power differential between all of her abilities.”

For more information, you can check out the full Apex Legends Legacy patch notes.