Arena of Valor World Cup 2019 will take place in Vietnam 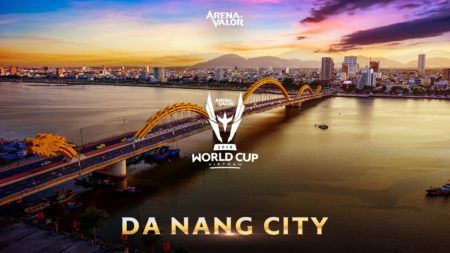 The best teams in the world for mobile MOBA Arena of Valor will battle it out in Da Nang, Vietnam from end June to mid-July.

It’s the first time the AWC is taking place in Vietnam and will feature 12 teams from nine regions, including newcomers Japan, who only just got a server in November last year. Last year, the inaugural AWC was hosted in Los Angeles, with Korea edging out Thailand 4-3.

This time around, AWC will feature a new Global Ban Pick format from the knockout stage onwards, with the rule stating that the same hero cannot be played more than once in a series within the same team, meaning that if you already used a hero in a previous match, you will have to use something else.