Rise above the ranks with these heroes. 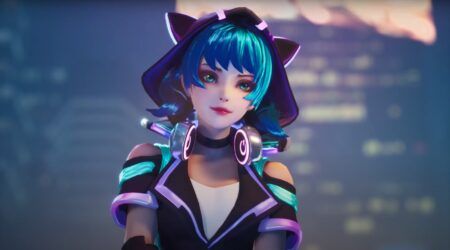 The marksman position is one of the most important roles in the mobile MOBA game Arena of Valor (AoV). This position is always prioritized in the game because marksman heroes are responsible for the team’s main physical damage. In a teamfight, marksmen can help your team become victorious in different combat situations.

However, this Season 17, players have favored assassin and warrior roles. Marksman heroes are being overshadowed and are slowly losing their threatening presence against opponents.

Over time, Hayate has always been the priority marksman hero in both ranked and professional tournaments. Hayate is a good pick thanks to his ninja skill set. Hayate’s critical amount of damage can put any opponent back to sleep after just a well-executed combo.

Hayate has been significantly nerfed where his passive, Blood of the Dragon, lost a lot of its true damage. However, his critical damage is still there, which makes him a pretty reliable hero. Hayate remains to be the go-to marksman hero by many in Arena of Valor Season 17.

Although her strength was affected by the nerfing of an important item, Bow of Slaughter, Capheny is still a top marksman in the current Arena of Valor meta. Capheny has a good damage reduction ability, can kite, and carry her teammates when given the right equipment.

Additionally, with her transformative moves, Capheny can play around with many different formations and strategies. Note that for this season, players need to know how to position themselves properly and should be able to farm hard to purchase the necessary equipment and further strengthen Capheny.

Just like Capheny, Laville is also a marksman who depends heavily on equipment that he can use while in combat.

Laville’s power, which makes many enemies tremble, lies in his ultimate ability Double Trouble. This ability lets him initiate long-range combat and control enemies with its stun. The longer the distance, the longer the stun, so a precise Double Trouble from Laville poses serious problems for the enemy team.

The current Arena of Valor meta revolves around continuous fighting, which is why marksman heroes with good damage output are the clear choice for most players. Violet is a hero that is very well suited to this gameplay. This girl has the ability to constantly poke opponents with a burst of critical damage.

However, Violet shines the most during the late-game period and needs great equipment to optimize her damage during combat situations. Violet players will need to mind their positioning and take extra care in teamfights. Their backs should always be guarded by their teammates.

Wisp continues to show great strength in Arena of Valor ranked games with a very high win rate of over 50%.

She possesses good mobility, a great damage output, and the best wide-angle attack set among Arena of Valor’s marksman heroes. With only about two critical items and one armor-piercing item, Wisp can shoot down the enemy team and end battles quickly.