Beginner’s Guide: Arena of Valor tips and tricks for Aoi, the Dragon Scar 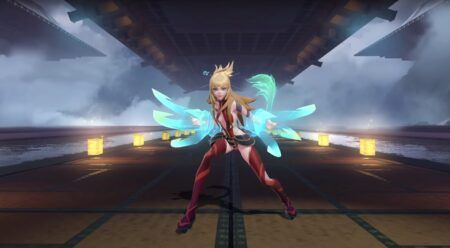 Aoi is the latest assassin to drop into the AoV hero roster. What makes her stand out from previous releases is her ability to swing around an obstacle. She is expected to stir the whole meta in the near future with her formidable skill.

Aoi is an assassin jungler with high mobility and great damage.

Lokheim has always been the most suitable Rune path for Assassin class in Arena of Valor. For a champion with high mobility like Aoi, Move Speed will be a very useful Rune with the ability to deal extra damage when using dash attacks. Damage will help Aoi increase the amount of physical damage in the match.

Finally, Burst Damage will be the most suitable supplement for champions that rely heavily on hand attacks and use continuous skills like Aoi. After gaining all three marks from Humans, Aoi can activate the mark and deal additional magic damage against the opponent.

Two extra Rune points can be used on Enhanced Restore and Defense, which will give Aoi a little more defensive ability and help her recover from situations where she is involved in fighting with her Dragon Slash.

When it comes to item build, Aoi will still have the same path to the map as the current jungle assassins with Soulreaver and Rankbreaker. You can choose to add a Claves Sancti to supplement the critical damage dealt with Aoi.

Skewer 3 is indispensable for Aoi as she has the ability to inflict a huge amount of critical damage from her passive, Dragon’s Blessing. In addition, Arcanas that increase the rate of lifesteal, armor penetration or attack speed is also essential for assassins like Aoi.

Aoi is an assassin-jungle hero with extremely high mobility thanks to her second skill, Dragon Claw. This girl will be very strong in the early ganks and you can combine the Dragon Claw in Charge form with the first skill Dragon Slash to knock enemies in a large area.

Utilizing her passive ability, Dragon’s Blessing is also a way for Aoi to gain an edge in team fights. Before each gank phase, try to accumulate two stacks of Dragon’s Blessing, then use the first skill with the second skill against the enemy to maximize the stacks and deal a large amount of damage in combat.

When using Dragon Claw and her ultimate Dragon’s Wrath, Aoi will be immune to any control effects and cannot be selected as a target. You can use these two moves to escape or drag and wait for teammates to appear and support you.