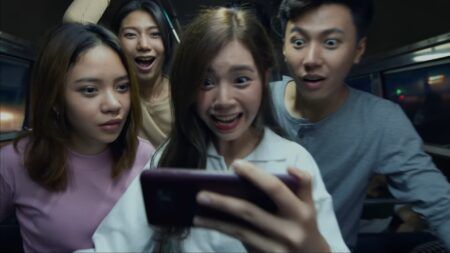 To celebrate the League of Legends: Wild Rift open beta, which went live throughout Southeast Asia on 28 October, Riot Games has premiered a short film called “Pentaboom” as an ode to players in the region.

According to Riot, the film’s title “is a call for gamers to seize the moment and forge their own legends with crazy outplays”, as it draws inspiration from “pentakill”, where a player defeats all five of their enemy team’s opponents in a short timespan.

You’ll notice many familiar places in the video because it was shot across Southeast Asia, with dozens of League of Legends Easter eggs. Did you notice Ezreal and Garen cosplayers dueling it out at Singapore’s iconic Marina Bay? Or perhaps you’d like to have a taste of “Penta-Boba Milk Tea”, “Penta-Banh Mi” and “Nasi Lemak Pentaboom”?

“Southeast Asia was the first region in the world to play Wild Rift, and we wanted to celebrate that. We’re excited to have been able to produce this short film with some incredible gaming creators, in locations that many players will recognize, ” said Justin Hulog, General Manager for Southeast Asia, Hong Kong, Taiwan and Macau, Riot Games.

“We hope that the film and Wild Rift will help bring our Southeast Asian community closer together.”