This popular eco weapon is getting nerfed again in Valorant patch 6.02

Enjoy it while it lasts. 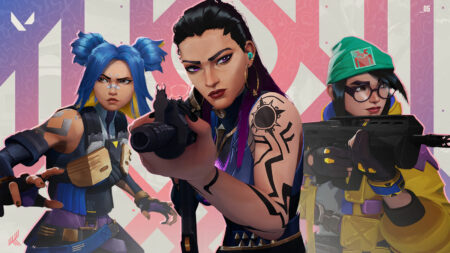 The Stinger is still too strong, according to Riot Games.

The budget SMG has remained a popular choice in eco rounds, even after multiple rounds of nerfs. At just 950 credits, it allows players to remain competitive against rifles at close range.

It has the potential to change the outcome of eco rounds, where players can secure a Phantom or Vandal if they manage to surprise opponents at close quarters. However, it is sometimes still uncannily accurate at range, making it almost too strong for its price.

Riot wants to nerf the Stinger yet again in Valorant patch 6.02, ensuring that it stays in its lane as a close-range weapon.

“We feel the Stinger is overperforming at its price point, especially in the early rounds, and lacks the right economic tradeoffs,” the company tweeted.

The SMG’s price will be increased, and damage fall-off will be more punishing as well:

The Stinger became one of the most effective weapons in the game in patch 5.06, when its primary and alternate fire error was lowered. It became easier to control the weapon’s recoil, which made it more forgiving at longer distances.

To address that, Riot is decreasing the damage at long range, while making it a more costly investment. If teams gamble on a Stinger buy and it doesn’t pay off, the economic toll will be heavier.

This should turn the Stinger into the weapon it was always meant to be — a 20-round SMG that excels at bursting down individual opponents in tight spaces, but shows its limitations if there is more than one opponent, or they are farther away.

READ MORE: Support your region with the limited edition VCT Lock In melee and player card