Could Sinatraa be teaming up with TSM Subroza and Wardell?

He could turn a team into an instant contender. 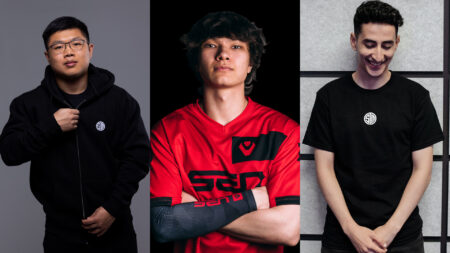 It has been seven months since we’ve seen Jay “Sinatraa” Won in a professional Valorant tournament.

Sinatraa hasn’t been able to play with his Sentinels teammates ever since he was suspended by Riot Games for violating Rule 8.1 of the Valorant Global Competition policy and failing to cooperate with the tournament operator’s investigation.

Sentinels team captain Shahzeeb “ShahZaM” Khan has since stated that their roster has been finalized with Tyson “TenZ” Ngo. As a result, the community started speculating which team Sinatraa could possibly sign with now that his suspension is over.

Is Sinatraa signing with TSM?

Since his return to streaming, Sinatraa has focused on being a content creator for Sentinels, and has been playing ranked duos with TSM’s Yassine “Subroza” Taoufik on different occasions.

Sinatraa has been teasing fans regarding which team he’ll join in the near future. Many other content creators have chimed in, tweeting they’re making a Valorant team with the former OWL 2019 MVP. TSM’s Matthew “Wardell” Yu even joined the conversation, echoing the same sentiments. 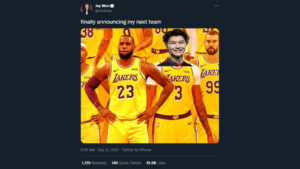 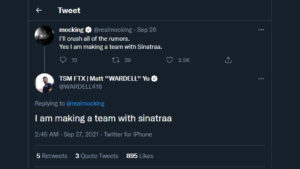 Some fans are eager to if he can help TSM turn things around in the new Valorant 2022 season, especially since TSM could not qualify for the VCT NA Last Chance Qualifier after Gambit Esports won VCT Stage 3 Masters Berlin.

Plenty of organizations will be looking to revamp their rosters in the offseason, and any team that ends up signing Sinatraa will definitely shift the balance of the competitive North American Valorant scene.