The Ares meta is finally over. 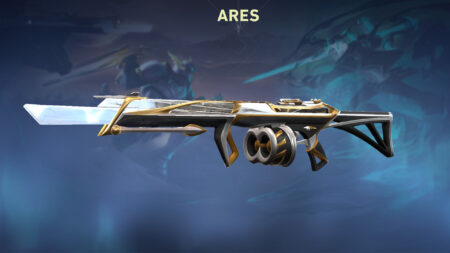 By removing the weapon’s spin-up time and increasing its fire rate, the Ares became overpowered for its price, featuring damage output on par with the Phantom and Vandal. The weapon was also so strong and affordable that people were buying the Ares even after losing the pistol round, effectively negating the advantage you get from winning the opener.

Players in all ranks were spamming the Ares in their games, and it was even able to outperform the Phantom or Vandal in some situations.

Riot Games decided to make the Ares more difficult to control by increasing its pitch recoil, as well as lowering the reduction in spread and recoil when crouching from 40% to 25%.

The weapon’s spin-up and fire rate remain the same, but it now becomes more inaccurate as it continues to fire. The price was also increased from 1,550 to 1,600 credits.

Players can now mute certain words from appearing in chat by blocking them in their settings.

“We admit that some players are often smarter than our automated bad word detection system and continually find creative ways to type things we don’t want to in chat,” said Valorant Comms Strategist Jeff Landa. “This is why we need your help to make our detections better.”

READ MORE: Valorant Neon guide: How to use High Gear to backward, sideways, and double slide