How your Valorant ranked MMR is calculated, according to Riot’s senior dev 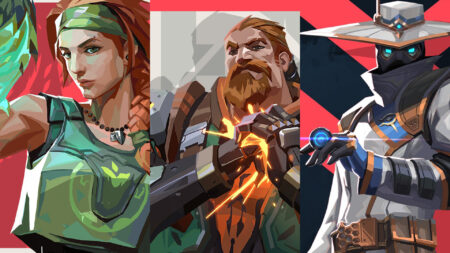 While Riot Games previously detailed why you might feel hard stuck in your rank, questions still abound about how exactly ranked MMR works.

Is there a smurf queue? Does the agent you play affect how much Rank Rating (RR) you gain or lose? Why are you gaining less RR than a friend in the same game?

Fortunately, Jonathan “EvrMoar” Walker, Senior Competitive Designer on Valorant, stepped up to answer these hard questions. In detailed posts on Reddit and Twitter, EvrMoar explained how your ranked MMR is calculated in Valorant and how Riot is constantly working to improve and refine the system for more accurate matchmaking.

What’s the difference between your MMR and your rank rating?

Valorant uses two things – a hidden MMR and your visible rank rating (RR) – to decide which games to put you in. The important thing to remember is that your MMR is decoupled from the rank you see in game. While your rank resets every Episode, your MMR stays the same, which is how Riot knows roughly where to place you in each new Episode.

Riot’s goal is to ensure that your rank matches your MMR. If your rank is higher than your MMR, you might lose more RR and gain less to help push you down to what the system thinks is your actual rank.

Conversely, if your rank is lower than your MMR, you’ll gain more per win and lose less to get you to where you belong.

What determines your ranked MMR in Valorant?

Your MMR is split into two more components: Encounter and Win/Loss.

Encounter MMR takes into account how you do against players on the enemy team. This means things like the number of duels won, damage done, assists, and how effective your ability usage is. When it comes to duels, the game also looks at your rank relative to your opponents to reward or penalize you for the outcome of engagements.

Win/Loss MMR is a lot more straightforward, and simply looks at who you win matches against.

“It’s nice using a combination of both because we can tell how effective you are in your games against people around your MMR, as well as how often you win. We get the best of both systems,” EvrMoar said.

At lower ranks, the game places a heavier emphasis on Encounter MMR, so how you perform in each game matters more. On the other hand, winning games takes precedence over winning duels at higher ranks.

“This is because at the high ranks reaction time and aim start to even out, or become less impactful,” EvrMoar explained.

The agent you play also doesn’t affect your MMR in any way, according to EvrMoar, so duelists are not favored to gain more MMR just because they are poised to get more kills.

Similarly, your Average Combat Score (ACS) at the end of the match doesn’t have any bearing on your rank or MMR. “It is just a stat used to give context to the match,” explained EvrMoar.

How does Riot make sure your rank reflects your true skill?

But how does Valorant even know if your MMR is accurate? EvrMoar says the system is always trying to put players in games which they have a 50 percent chance of winning.

“We can then reverse the math to figure out why the MMR is inaccurate. After making adjustments, we run the MMR system through those matches again, and if the new MMR adjustments accurately predict match outcome, we’ve improved the system.”

Finally, EvrMoar clarified that there are no hidden systems in the game such as the oft speculated winners and losers queue, or even a smurf queue. When investigating reports of the same player finding it easier to climb on select accounts, EvrMoar said that it was usually because they “grouped with different people and played differently on both accounts”.