The 3 best MLBB marksmen to play in a side lane

Do you dare to use a marksman in a side lane? 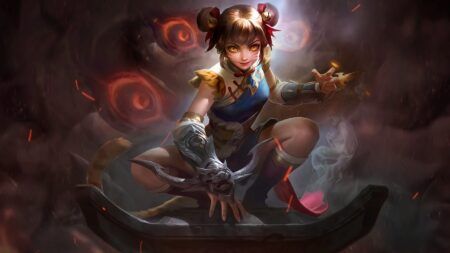 As the patches keep changing and evolving, the Mobile Legends: Bang Bang meta has also evolved especially with the introduction of a “Gold Lane” and “Experience Lane”.

Recently a two-core meta has become popular. RRQ Hoshi in MPL ID became one of the teams that succeeded in demonstrating the two-core meta at the professional level. The results speak for themselves, for they are the winners of MPL ID Season 6.

The existence of a gold lane makes the dual-core strategy more effective, for the laner who goes to the Gold Lane is usually a damage dealer who doesn’t rely on buffs, but instead, on items. Assassins like Helcurt or Benedetta can go into the gold lane, as well as fighters like Leomord, Jawhead, and Esmeralda.

Using marksman in the Gold Lane is not easy. You may not be left to farm alone in lane, for you may constantly experience kill pressure when the enemy laner is an assassin or fighter. However in the late game, you will be very useful because the team will have two carries.

Dare to use a marksman in a side lane? Here are three recommendations:

One of the new heroes who can do a lot of damage even before any items are finished is Brody. He has a strong early game, and his long-range can also harass fighters and tanks out of lane.

Brody is arguably the easiest marksman to scale up in the side lane. If you master him, the chances of gaining lane dominance across matchups is above 70 percent.

There’s no doubt that Wanwan is one of the deadliest heroes in the late game. But unlike Brody, Wanwan’s damage is lower, and she has less mobility.

If you want to play her, you’ll have to play it safe until at least two items, Demon Hunter Sword and Corrosion Scythe, are completed. Only after will your presence be felt in team fights.

A classic hero who is still very useful and does decent damage today is Claude. He relies heavily on mana, and would usually opt for the Support Emblem if he decides to side lane.

Blazing Duet can quickly clear minions, which is a strength. Similar to Wanwan, Claude also has to farm up for items before he comes online so you’ll have to be patient.