Leomurphy has been with Alter Ego since season three. 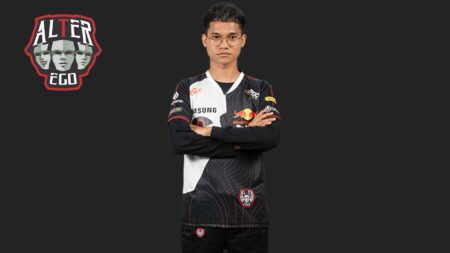 LeoMurphy, who has been with Alter Ego since season 3, said briefly during his livestream that he has other plans moving forward in his MLBB career.

“After this season, I want to pursue a streaming career,” he announced.

Indonesian pro players retiring or taking a break from the competitive scene has lately become a trend.

RRQ Hoshi’s Xinnn and EVOS Legends’ Wann and Luminaire were some of the big names who have decided to take a rest with no certainty of coming back.

LeoMurphy is a silent contributor of Alter Ego. Although not that flashy compared to Ahmad or Celiboy, his aggressiveness and game IQ made Alter Ego a threat in the Indonesian MLBB scene.

It was during the ONE Esports MPL Invitational that we got to see him shine the most, leading Alter Ego to its first-ever championship against powerhouse RRQ Hoshi in the grand final.

Whether he will pursue a full-time career in streaming or not, Alter Ego will need to go back to the drawing board if LeoMurphy decides to call it quits.