EVOS Legends is recruiting, but they only want players from Philippines

Because it’s the best MPL region in the world? 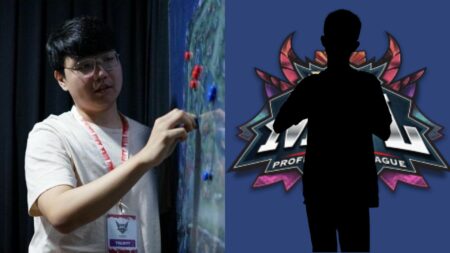 MPL Indonesia team EVOS Legends has started a new recruitment drive for MPL ID Season 10, but with a catch: only players from the Philippines are allowed to apply.

Singaporean head coach Bjorn “Zeys” Ong announced on Facebook that they are specifically looking to fill two positions in the EXP lane and roamer. Players must also be willing to relocate to Jakarta, Indonesia.

While EVOS Legends has held open recruitment drives in the past, this is the first time that they’re recruiting from outside their region.

If you’re a Mobile Legends: Bang Bang player from the Philippines, this is your chance to compete with EVOS Legends

Based on what Zeys shared, the basic criteria MLBB players need to fulfill are:

In the form, you’ll also need to upload screenshots of your overall win rate across all seasons, your current season win rate, and heroes played this season. In addition, you should be prepared to explain to the organization your role and your gameplay on different types of heroes in detail.

Interested players from the Philippines can apply to EVOS directly here.

At the MPL ID Season 9 playoffs, EVOS Legends beat Alter Ego in the upper bracket, before narrowly losing to RRQ Hoshi 3-2 in the next round. In the lower bracket, they were eliminated by Aura Fire, finishing fourth overall.