This is how REKT became EVOS Legends’ go-to tank

The veteran has been a key factor in EVOS’ recent success. 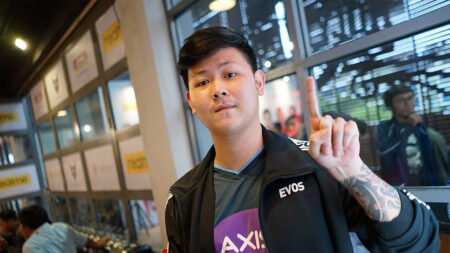 While EVOS Legends had a spectacular offseason that brought in the likes of LJ, Antimage, and Luminaire for Season 7, one name continues to be a mainstay of the White Tiger team, Gustian “REKT”, but why?

REKT stands out as a veteran in the Indonesian Mobile Legends professional scene with a career spanning back to MPL ID Season 1. Even as one of the very few multi-role players in the region, REKT has kept up a consistent performance in every role each season.

During EVOS Legends’ golden age in S4, REKT picked up the nickname of “the farmer” for his sharp marksman game. He also had time to play as an offlaner in the fifth and sixth seasons.

REKT’s versatility has always been a weapon for EVOS and such a reputation continues to the current MPL season. With tanks LJ and Darkness still working on their gameplay, REKT slotted in as the tank of EVOS in the third week.

As usual, the veteran player was perfect for the team, reestablishing chemistry with the squad and transforming EVOS into an unstoppable force in the league.

After the victorious sweep against Aurafire in Week 5, Luminaire confirmed that REKT’s shift into the tank role had a lot of input from the squad since the tank affects all roles.

While many of them believed that the chemistry would take some time to kick in, Luminaire stated that he and REKT make for an experienced duo in the Land of Dawn.

“There is no sudden instant chemistry,” said Luminaire. “But my chemistry with him has been inherent from season 4 until now. I already know the in’s and out’s of him, plus and minus.”

With the two knowing each other’s personalities, Luminaire and REKT aren’t afraid to communicate with each other even when things get heated. At the end of the day, the support player knows that their tag-team playstyle will be an advantage to the team.

EVOS Legends is currently in second place with a 6-2 record and will face Alter Ego on April 2.

READ MORE: This is why we might not see LJ play for EVOS this season