The 2016 Team SoloMid superteam has reunited during the LCS suspension

At least one good thing has come out of the LCS being suspended. 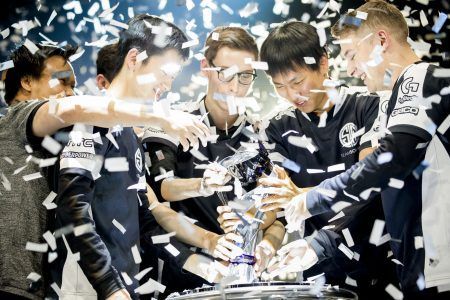 With the LCS suspension now in full effect, some of our favorite League of Legends players have taken their skills to LCS in-house games, teaming up with old friends and teammates.

Yiliang “Doublelift” Peng had the chance to play once again with his 2016 Team SoloMid superteam, that won the 2016 and 2017 LCS Summer playoffs.

While the five encountered a few bumps throughout the early phases, they scaled perfectly for the late-game phase, coming out with two wins against the opposing teams.

From elaborate calls and quick-fire setups that flowed through the comms, their teamwork gives us a momentary glance at how strong TSM was back then. Although Doublelift and the others have found homes in other teams, their connection with TSM 2016 will always run deep.

You can watch Doublelift’s highlight reel of the TSM reunion down below:

READ MORE: LCS suspended for the rest of the Spring Split