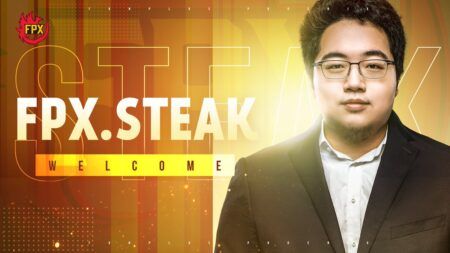 Steak was previously with LNG Esports from May 2020 this year, finishing 13th out of 17 teams in Summer.

The former Flash Wolves top laner retired at the end of 2015, and became a coach at Flash Wolves from 2016 to 2017. For those two years, the team won both Spring and Summer domestic titles, and qualified for Worlds.

Steak moved on to coach Rogue Warriors in the LPL for one and a half years, before leading Royal Never Give Up for the latter half in 2019. With RNG, the team qualified for Worlds, and finished 9th to 12th place before bowing out of Groups.

Will he be able to follow the footsteps of WarHorse and lead FPX to their second Summoner’s Cup?