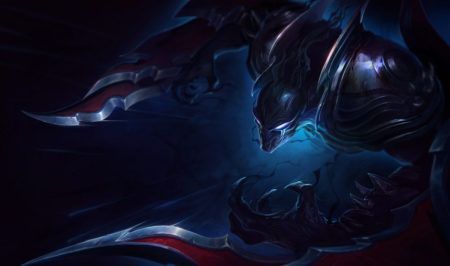 Riot will be letting League of Legends players decide the next Champion to get reworked through a poll running from now until May 15, 11:59 p.m. PT (May 16, 2:59 p.m. GMT+8). Just log in and cast your vote to participate.

Take note that you won’t be able to change your vote, so think carefully before voting!

The horrifying scarecrow Fiddlesticks, is set to be given a more satisfying base kit while keeping the feel of his ultimate ability, Crowstorm.

The mad doctor Dr. Mundo, will have his W or E abilities upgraded or replaced, all while “preserving his niche as an unkillable self-healing super tank.”

The faceless shadow Nocturne, will be receiving a visual and gameplay update to live up to his Nightmare title.

The half-mortal, half-dragon Shyvana, will have more emphasis placed on her dragon form to differentiate it from her human form.

The battle spirit of Freljord, Volibear, will get more unique gameplay and an improved kit.

Don’t hold your breath for the rework coming anytime soon though, according to Riot, the winning champion won’t receive their update until sometime in 2020.