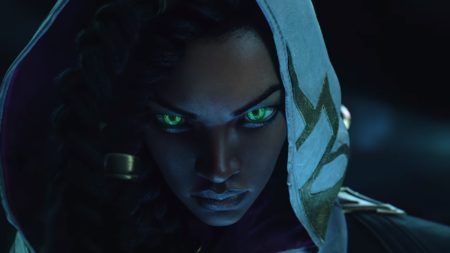 Along with a boatload of new games, Riot Games has also announced League of Legends newest champion, Senna.

Senna first appeared in an animated trailer during the Riot Pls event. The trailer also shows Senna’s husband, Lucian, and his archenemy, Thresh.

In the trailer, Senna appeared as one of the lost souls inside Thresh’s lantern. As the two lost lovers saw one another, Senna’s railgun shot a light beam, protecting Lucian from Thresh’s hook. Seeing as how she is a support marksman, this could easily be one of her in-game skills.

Senna will be available on the League Public Beta Environment on October 28.