There can only be one golden winner. 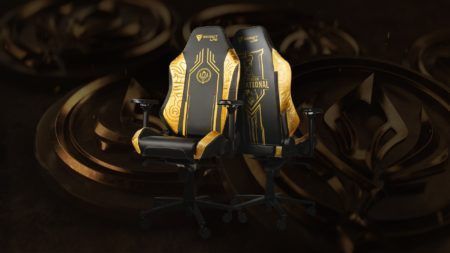 You can win a limited edition gaming chair just by watching League of Legend’s Mid-Season Invitational.

Sporting a brilliant gold accent, the Secretlab chair is amazing to look at, and likely even better to sit in. These chairs will be used on stage at MSI. Viewers in the US can complete the four upcoming MSI 2019 watch missions, set to be available from May 2, to enter the draw.

The golden chairs will not be available anywhere else, but you can still get the special edition chairs (LCS, MSI, Worlds, and All-Star editions) that League of Legends pros compete in.

Ten minutes of each game must be watched for the session to count toward missions, rebroadcasts won’t, and viewers also are not allowed to speed up the playback. Mission progress and total number of games watched can be monitored on the rewards hub in-game.

“Partnering with the world’s most premier esport to provide seating for their global tournaments is exactly what we set up Secretlab to do — creating the ultimate seating experience for gamers through the highest-caliber engineering and using materials of the highest grade.” said Ian Alexander Ang, co-founder and CEO of Secretlab.