Big changes are coming to League of Legends that will totally transform the gameplay experience. As the 10th anniversary of League of Legends brought in a handful of new game announcements, Riot Games dropped a major preseason update for the main game itself, completely altering Summoner’s Rift.

The reveal is part of the upcoming Preseason 2020: Rise of the Elements major patch. It directly refers to the battleground map that gamers play on. Simply put, Riot wants to rework the entire map to add even more layers of gameplay depth.

LoL players can expect changes to Summoner’s Rift to mostly affect gameplay strategy. Among the major changes, the Elemental Drakes and Elder Dragon take-downs for their buffs have been significantly altered. 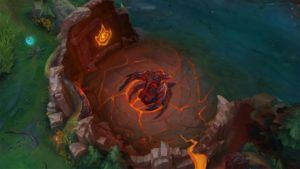 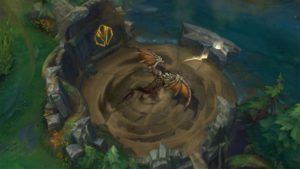 When an Elemental Drake appears — be it Infernal, Ocean, Cloud, or Mountainous — the pit will take on a new look and change Summoner’s Rift in specific ways:

Once the same drake appears for the third time, it will lock the element characteristic for Summoner’s Rift, permanently affecting the map.

The rules for Elemental Drake buffs have also changed:

That’s not all — after a team earns its fourth drake kill, they will pick up a Dragon Soul instead. Unlike the drake buffs, this drop will remain with the team until the end of the match, even if the entire team is wiped out.

The abilities for each Soul are:

The Elder Dragon will only appear once a team secures their Dragon Soul. When defeated it will drop the Elder Immolation buff. Enemy champions with low-health, when hit by this buff, will be killed instantly.

As for those afflicted with the Elder Immolation, they will sport a marker that indicates an execution threshold. When the health drops to a specific level, it’s instant death for them.

These are not the only major changes with the upcoming major Elements patch. Lane influence, jungle diversity, side lane and brush alcoves, support items, lethal equipment, and Keystone Runes have been modified to make the gameplay experience even more interesting.

All the details about the upcoming changes can be found here.