PSA: The League of Legends All-Star Event is exactly one month away

And it’s going to feature Teamfight Tactics for the first time. 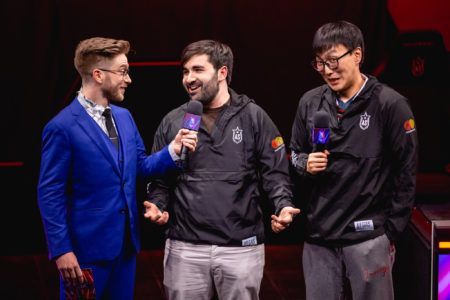 The brightest personalities in League of Legends (LoL) will soon be sharing the same stage at the LoL All-Star Event (ASE) 2019.

Two LoL professional players from each esports region, six All-Star Invitees, and members of the LoL Partner Program will participate in the All-Star Event. Fans get to decide the participants for each region through polls on the Lolesports website and social accounts.

Teamfight Tactics (TFT) will be included in the list of competitions for the first time in the ASE. TFT players can expect a lot of action and fun from the most popular names in LoL’s autobattler title.

“With the addition of Teamfight Tactics, the 2019 All-Star Event promises to be an incredible event that will feature more members of the League community than ever before,” claimed the Lol Esports staff in a statement.

Summoners can watch the All-Star Event 2019 on Riot Games’ Twitch channel. The schedule is set to be announced soon.

READ MORE: Teamfight Tactics is coming to mobile in 2020