It was a surprising shock defeat for the Korean champions. 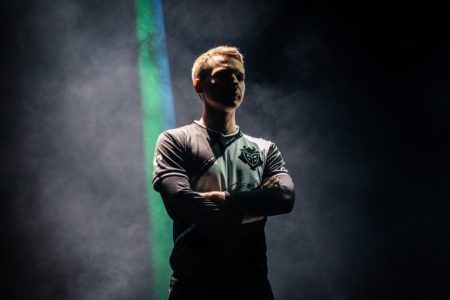 Fans of G2 Esports are feeling “G2PHORIA” after the team took down two-time MSI champions and three-time Worlds champions SK Telecom 1 in the first match of League of Legends Mid-Season Invitational group stage.

The opening game between the European side and the Korean squad kept everyone on the edge of their seats as G2 ended the game with a 7-3 score against SKT.

It was a powerful draft for the players at G2, with a Xayah and Rakan combination played by G2 Luka “Perkz” Perković and G2 Mihael “Mikyx” Mehle. This was complemented by Ryze (G2 Rasmus “Caps” Winther), Elise (G2 Marcin “Jankos” Jankowski), and Jayce (G2 Martin “Wunder” Hansen).

The first blood happened six minutes into the game, with SKT Cho “Mata” Se-hyeong’s Nautilus taken out by G2 just before SKT Lee “Faker” Sang-hyeok‘s Azir had a chance to gank the bottom lane.

As the game progressed, G2 made great lane rotations, tearing down outer turret by outer turret. By the 15-minute mark, SKT’s middle turret was already down. G2 Esports’ strategy put pressure over SKT, giving G2 a 5,000 gold lead by mid-game.

As the match reached late-game, both teams engaged in a clash, with the G2 squad taking out SKT members SKT Kim “Clid” Tae-min and SKT Park “Teddy” Jin-seong in exchange for losing G2 Wunder, while SKT’s Faker was forced to retreat.

G2 won the fight mainly due to G2 Caps’ well-timed use of the Stopwatch, an item that makes the user invulnerable and untargetable for 2.5 seconds. While 2.5 seconds may seem relatively short, it bought a lot of time for G2 to pick off two of SKT’s members.

Eventually, G2 took out Baron Nashor and pushed the lane down, taking out SKT’s Nexus. It was a dominant performance from the European team against the three-time Worlds champions.

SEE ALSO: All the action from Mid-Season International 2019