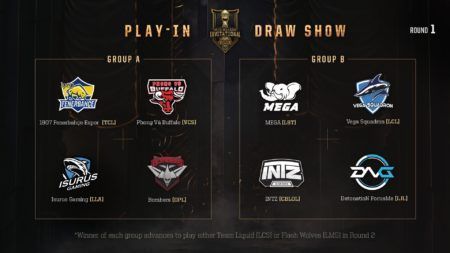 Eight teams will be battling it out for a shot against Team Liquid and Flash Wolves.

The matches will take place at LoL’s Mid-Season Invitational (MSI) 2019 play-in stage in Vietnam, with eight regional representatives vying to advance into the main event taking place in Taipei on May 10.

The teams have been divided into higher and lower-seeded pools, with selections based on each region’s performance from the past two years. Group A features Turkish team 1907 Fenerbahçe (TCL), Vietnam’s Phong Vũ Buffalo (VCS), Isurus Gaming (LLA) from Latin America, and Bombers (OPL) from Oceania.

On the other side, you have Southeast-Asian team MEGA (LST), CIS team Vega Squadron (LCL), Japanese team DetonatioN FocusMe (LJL), and Brazil’s INTZ e-Sports (CBLOL) for Group B.

Teams from Group A will slug it out to see who will play against Team Liquid in the second round. The winning team from Group B will battle it out with Flash Wolves, with winners from these matches advancing to the main event.

The losing teams from the second round matches will get a last chance, and will play each other for the final slot. The winner will then join the main event alongside invited teams Invictus Gaming, G2 Esports, and SK Telecom T1.

The tournament officially begins on May 1, and you can check out the full schedule here.