LCS 2020 Spring Playoffs: Everything you need to know

Cloud9 will be looking to win their first LCS title in six years. 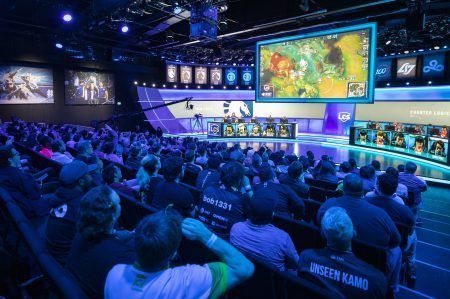 With the LCS 2020 Spring Split regular season concluded, League of Legends fans can now set their sights on the upcoming 2020 Spring Playoffs.

Due to the COVID-19 coronavirus situation, the LCS has decided to move the playoffs to a remote online format, keeping its staff members and teams inside their homes and headquarters.

The playoff format has undergone a few changes to make use of the seeding process.

The first seed now gets to pick between the third or fourth seed as their first opponents while the second seed takes the remaining team.

As the number one seed, Cloud9 chose the third seed, 100 Thieves as their first opponent, which means Evil Geniuses will face off against FlyQuest.

The losers of these best-of-5 matches will then move down to the loser’s bracket, facing the fifth and sixth seeds in Round 2.

Once Round 2 finishes, four teams will move on to the quarterfinals.

The winner of the upper bracket goes straight to the Spring Finals while the loser gets another chance in the semifinals going against the final team from the lower bracket.

After two months of the Spring Split, six teams have qualified for the Spring Playoffs:

With 4-peat champions, Team Liquid, out of the playoffs after a disappointing regular season, Cloud9 are the overwhelming favorites to win their first title in six years.

Cloud9 has been on fire, and have only dropped one game all year. With the likes of Sven “Zven” Svenningsen and Yasin “Nisqy” Dinçer in the starting line-up, Cloud9 usually utilizes a poke-heavy, wombo-combo team of champs, ready to obliterate anyone in their way.

Though their team gameplay isn’t as refined as Cloud9, Evil Geniuses know how to shred through lower-tier teams. Sweeping Team Liquid, Dignitas, and Immortals, in the regular season, the team may have better insights on unique playstyles in a best-of-5 format. As for their players, Daniele “Jiizuke” di Mauro and his top-tier Ryze have been on fire in the latter half of the Spring Split so we hope to see Jiizuke bring the same dominance into the championship bracket.

Team SoloMid will be another team to look out for. Søren “Bjergsen” Bjerg and his veteran crew have had some slip-ups in the season, and just barely made it into the playoffs with the fifth seed, but they have the championship experience and know-how to endure the grueling best-of-5 matches the playoffs are known for. They are also the only team to defeat Cloud9 this year, so it’s safe to say, TSM will not go down without a fight.

The playoff schedule is fairly quick, spanning through three weeks of April. Here are the rounds with their dates:

You can watch the playoffs through the LoL Esports YouTube channel and the LCS Twitch channel.