Someone arrest this man for daylight robbery. 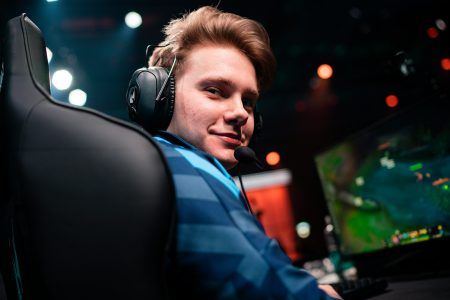 Rogue has defeated Misfits in the first round of the League of Legends European Championship (LEC) 2020 Spring Playoffs off the back of some stellar play from Kacper “Inspired” Słoma.

In game three, with the series tied 1-1, Inspired perfectly timed his Flash and Chilling Smite to steal the dragon from the entire Misfits team. He then activated his Stopwatch item to buy the rest of his teammates time to assemble and attack Misfits Gaming.

It became an ult-fest for Rogue from this point.

Oskar “Vander” Bogdan’s Sett launched the clash with his ultimate ability The Show Stopper against Petr “Denyk” Haramach’s Tahm Kench. While four of MSF’s members were trapped inside the dragon pit, RGE Finn “Finn” Wiestål’s Kled activated his Chaaaaaaaarge!!! ability. This helped soak up all the damage coming from Misfits Gaming while Steven “Hans sama” Liv’s Draven and Emil “Larssen” Larsson’s Azir freely dealt damage outside of the pit.

With the momentum on their side, they also took game four, to end the series 3-1. Rogue now advances to Round 2 where they will face off against Origen on April 10.