In this week 1 clash between T1 and Hanwha Life, Faker added another impressive triple-kill to his highlight reel. 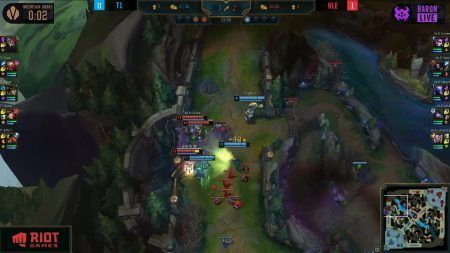 In the opening week of LCK Spring, Lee “Faker” Sang-hyeok, showed that he’s still one of the best in the world in T1’s clash against Hanwha Life Esports.

22 minutes into game two, the world-class midlaner caught three Hanhwa players overextending in the top lane. Hanwha Life’s Kang “Tempt” Myung-gu attempted to escape with a Realm Warp, but Faker was able to counter it with a beautiful Petrifying Gaze and Miasma combo.

With the rest of T1 arriving to assist, Faker cleaned up and earned himself a triple-kill.

While T1 were able to tie up the series with the game two victory, Faker was unable to carry his team in game three, and Hanwha took the final game for a 2-1 victory.