The legendary midlaner will move into a leadership position with the organization after he retires. 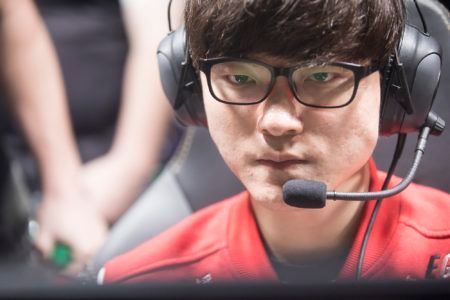 The Korean player’s new contract also gives him part-ownership of the organization, which effectively ensures he will stay with T1, even after he decides to retire.

“I am honored to become a part-owner of T1 and look forward to working with the leadership team beyond my playing career. I love this team and am proud to help mold the future of this organization,” said Faker.

Faker has been with the organization for seven years, winning the World Championship with them in 2013, 2015, and 2016.

READ MORE: Faker is back in the mid-lane spotlight with this insane play against Invictus Gaming