End of an era: Perkz parts ways with G2 Esports

Uma Jan in the LCS? 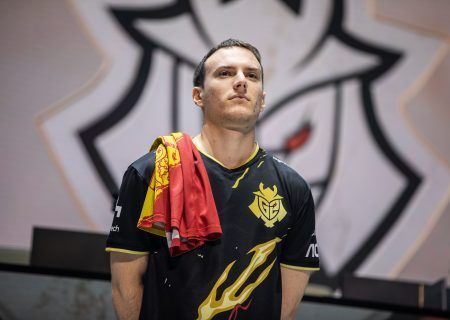 Perkz teased his departure a few days ago, even tweeting and saying that he will forever cherish all the moments he has had with the rest of the team members.

Perkz and G2 have made an official announcement in their social media accounts, even putting up a tribute video to remember some of the best gameplays fans have seen during his stay under the G2 banner.

G2 founder Carlos “ocelote” Rodriguez had nothing but good words for Perkz as he wished the talented mid laner all the best in his future plans.

“Luka is a living legend. Godspeed, King. G2 is your home, anytime,” said Ocelote in an official statement.

Ocelote also made reference to Perkz’s original mid laner role prior to joining G2 back in 2015. Perkz had to adjust and give way to Rasmus “Caps” Winther after the latter signed up for G2 in 2018. Since then, the two players have swapped their mid and bot roles for numerous tournaments.

Ocelote understands that Perkz is naturally a mid laner and would like to see him shine in his main role.

Perkz will be reportedly moving from the LEC to the LCS, with his next team to be revealed soon. Caps has pretty much confirmed Perkz’s move to the North American region after tweeting “can’t wait to see you flex on NA.”

Cloud9 is reportedly eyeing Perkz as their mid laner after parting ways with Yasin “Nisqy” Dinçer.

As Perkz leaves G2, he plans to dominate the next competitive season with the support of his home region, Europe.