Full roster of every team competing in LCS Spring 2023

NA is ready for war. 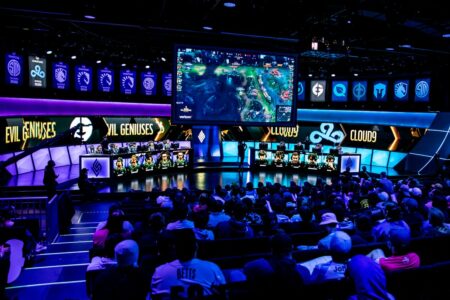 The LCS saw a chaotic offseason with almost all organizations making moves. Team Liquid has created the first all-Korean roster in the league, while 100 Thieves scored big by signing two LCS legends.

With the introduction of the global Season Kickoff event, the LCS will no longer hold the Lock-In tournament. The Spring season will now start a week earlier on January 26.

Which squad will dominate the NA region? Here’s the full roster of every team competing in the LCS Spring 2023.

Full roster of every team competing in LCS Spring 2023

Building around star jungler Can “Closer” Çelik for the 2023 season, 100 Thieves signed a legendary LCS duo.

Yiliang “Doublelift” Peng has come out of retirement and is now the starting bot laner of 100 Thieves. Fellow LCS legend Søren “Bjergsen” Bjerg also joins as the team’s mid laner.

Following a stellar fourth-place finish in the 2022 Summer regular season, CLG will continue with an unchanged roster.

Dignitas gears up for the 2023 season with a new starting five.

Ssumday and FBI previously competed on 100 Thieves, where they led the organization to its first-ever LCS championship back in 2021. The duo also had a taste of international play, with two back-to-back Worlds appearances in the last two years.

FlyQuest starts fresh with a brand new squad made up of veterans and newcomers.

Team Liquid ushers in a new era with the first all-Korean roster in the LCS.

After spending Summer 2022 in the LPL with FunPlus Phoenix, Park “Summit” Woo-tae returns to the LCS as TL’s new top laner.

Coming off a seventh-place finish in Summer 2022, TSM looks to improve with two new names in their starting five.

Lee “Bugi” Seong-yeop steps into the jungler role for TSM. He previously played for Estral Esports in the LLA, where they ended the 2022 season as runners-up in the Closing playoffs.

READ MORE: An all-Korean roster in North America? Team Liquid actually did it